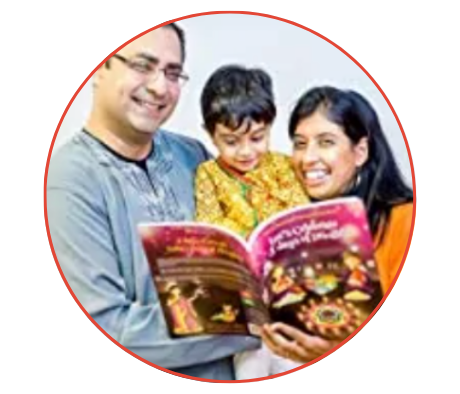 Ajanta Chakraborty was born in Bhopal, India, and moved to North America in 2001. She earned an MS in Computer Science from the University of British Columbia and also earned a Senior Diploma in Bharatanatyam, a classical Indian dance, to feed her spirit. Ajanta quit her corporate consulting job in 2011 and took the plunge to run Bollywood Groove full-time. The best part of her work day includes grooving with classes of children as they leap and swing and twirl to a Bollywood beat. Vivek Kumar was born in Mumbai, India, and moved to the US in 1998. Vivek has an MS in Electrical Engineering from The University of Texas, Austin, and an MBA from the Kellogg School of Management, Northwestern Univ. Vivek has a very serious day job in management consulting. But he’d love to spend his days leaping and swinging, too. 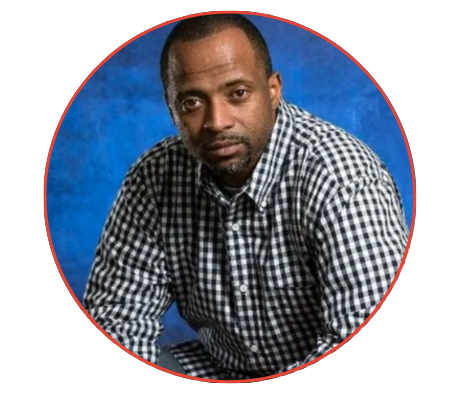 Myron Campbell is an author, speaker, entrepreneur, and producer for film and television. Born in Queens, NY in 1974, Myron’s family moved to South Carolina when he was in seventh grade. There he completed high school and a little college, playing lots of baseball and aspiring to make it to the big leagues one day. His passion for the entertainment industry, however, was just too strong, and he eventually moved back to New York, taking a starting position in the music industry. He eventually would become a General Manager of a label under Sony Music. After a while, he decided to go looking for bigger fish to fry, founding his own advertising firm with some colleagues, which operated for around two years before relocated to Virginia Beach, he got married and started a family. 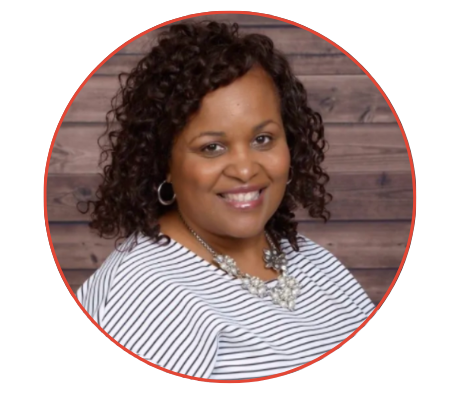 Phelicia’s twenty years in education includes working for private, charter and public schools. One of her greatest joys in teaching included teaching her own four children to read. During the homeschooling years she learned that not all children learn to read the same way and that success in reading is directly connected to motivation and engagement. This critical discovery led her to pursue a Masters in Reading Language Arts with a focus on Multicultural Literature and a Reading Specialist Credential, from Saint Mary’s College CA. Phelicia currently serves as a Reading Specialist/ Literacy Lead Coordinator at an elementary school, where she also teaches Reading Recovery. Phelicia designed and coordinates an Early Literacy Intervention Summer Program for African American Male students entering Kindergarten. Entering its fifth year, this intervention program is strategically building strong partnerships with students and their families. It’s current focus is to extend support throughout the first school year. This continued partnership, intends to nurture student success in this critical first year. Teaching students to learn to read well, think critically, and develop a love of literacy is a portion of her work. Assuring students have access to literature that reflects their lives and cultures in a positive light is the fuel of her passion. 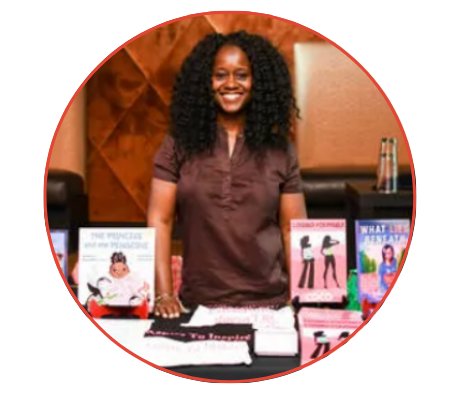 Rosa Roberts: “The Princess and the Penguins”

Rosa fell in love with writing at a very young age, making homemade greeting cards for her mother for all special occasions and sometimes just because. She is very passionate about her writing, it is truly a gift. She self- published her first novel, Losing Yourself in 2012, followed by her children’s book, The Princess and the Penguins in 2016, Monny’s Trip Around the World in 2017, followed by her fourth book What Lies Beneath in Mach of 2018 with many other books in the works. Not only is she a self-published author, she is a speaker, a mentor (with Take Stock in Children), as well as a consultant (fees apply) for up and coming self-published authors. Her goal is to write and inspire those that cross her path. It doesn’t matter where you’re from, what situation that you’re in, you can overcome to do and be anything that you want to be. 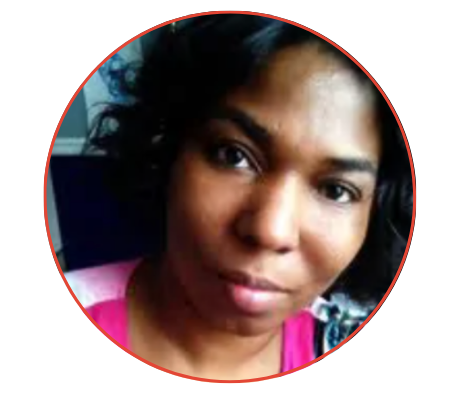 Do you love getting lost in a story; meeting new friends and traveling to new worlds through the pages of a book? Me too… all my life, I’ve gravitated to fantasy stories, stories I felt I could be a part of. Books took me on journeys of exciting adventures in faraway lands I otherwise never would have gotten to experience and I’m here to create those experience for children around the world. My name is Jacquitta A. McManus and I’m the author of children’s fantasy adventure stories: Anyia, Dream of a Warrior; given 5 stars by readers’ favorite, and Talee and the Fallen Object, a great fantasy adventure book for children ages 4-8. Discover new friends, adventures and worlds through my books at WorldsToDiscover.com. A place where fantasy adventures for kids reign. 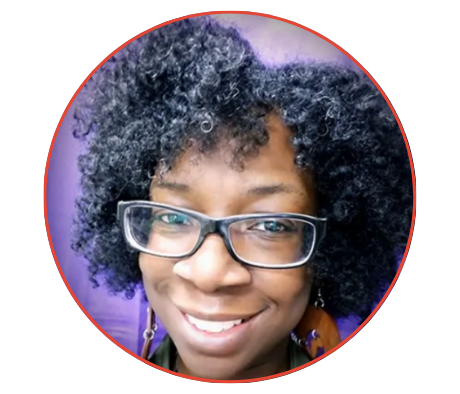 Ms. Gibson founder and CEO of Continuous Growth Educational Services LLC has a passion for instructing children and improving the education process through specialized curriculum and individualized instruction. Ms. Gibson has led numerous professional development training to support educational professionals and to enhance their classroom practices. After obtaining her Master’s degree in Multicultural Special Education, she wrote and published her first Children’s book series Christine’s Big Hair Adventures and curriculum to support healthy development for children. Ms. Gibson continues to encourage young children to believe in who they are by teaching the importance of Social and Emotional Development. Outside of writing and creating curricula, Ms. Gibson has a huge passion for serving others. Christine leads a Homeless ministry where she directs a small group monthly to feed and serve the homeless population in Cincinnati, Ohio. She is continually looking for ways to support those in need. 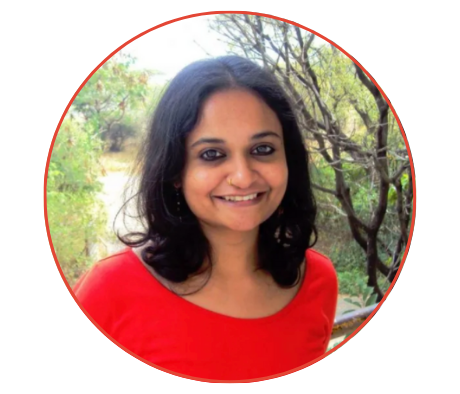 Sowmya Rajendran: “The Boy Who Asked Why”

Sowmya Rajendran has written several books for children, from picture books to young adult fiction. She was awarded the Sahitya Akademi’s Bal Sahitya Puraskar in 2015 for her book *Mayil Will Not Be Quiet, *which she co-authored with Niveditha Subramaniam. Sowmya has over 20 books to her credit and her work has been used in schools and workshops across the country. Her picture books *Power Cut *and *Bhimrao Ambedkar: The Boy Who Asked Why have been published in Pakistan and the US respectively. Sowmya currently works for The News Minute, writing on gender, culture and cinema. 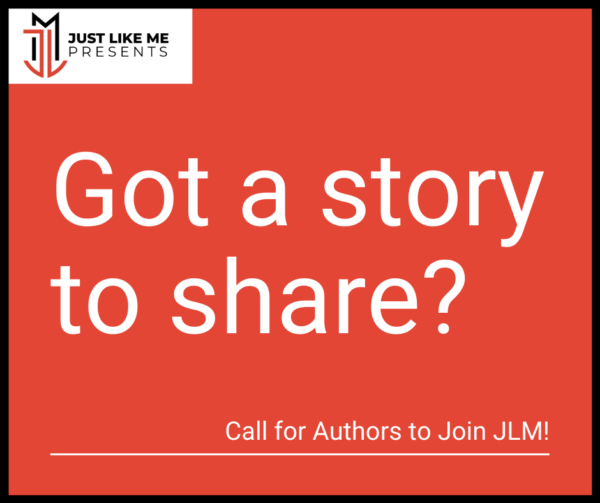 Do you have a culturally-reflective story or series you want to share with the world? Join JLM Presents Authors! You will be able to educate and help students through your writing. Click on the button below to contact JLM Presents and put “Author Submission” in the subject line.

A passionate educator with 20 years of experience in education, Michelle is a former Teach For America corps member, a KIPP alum, a children’s author, speaker, and mom. Her professional development workshops focus on increasing student engagement and raising student achievement.

Michelle has been featured in numerous tv, radio, and magazine outlets and is able to create custom workshops and presentations for the specific needs of YOUR business or organization.

Stay in touch with new releases, products and updates from authors.

Join our think tank through our Facebook group. Our community is for those who support or want to learn about more culturally-reflective resources and teaching practices. Everyone is welcome.